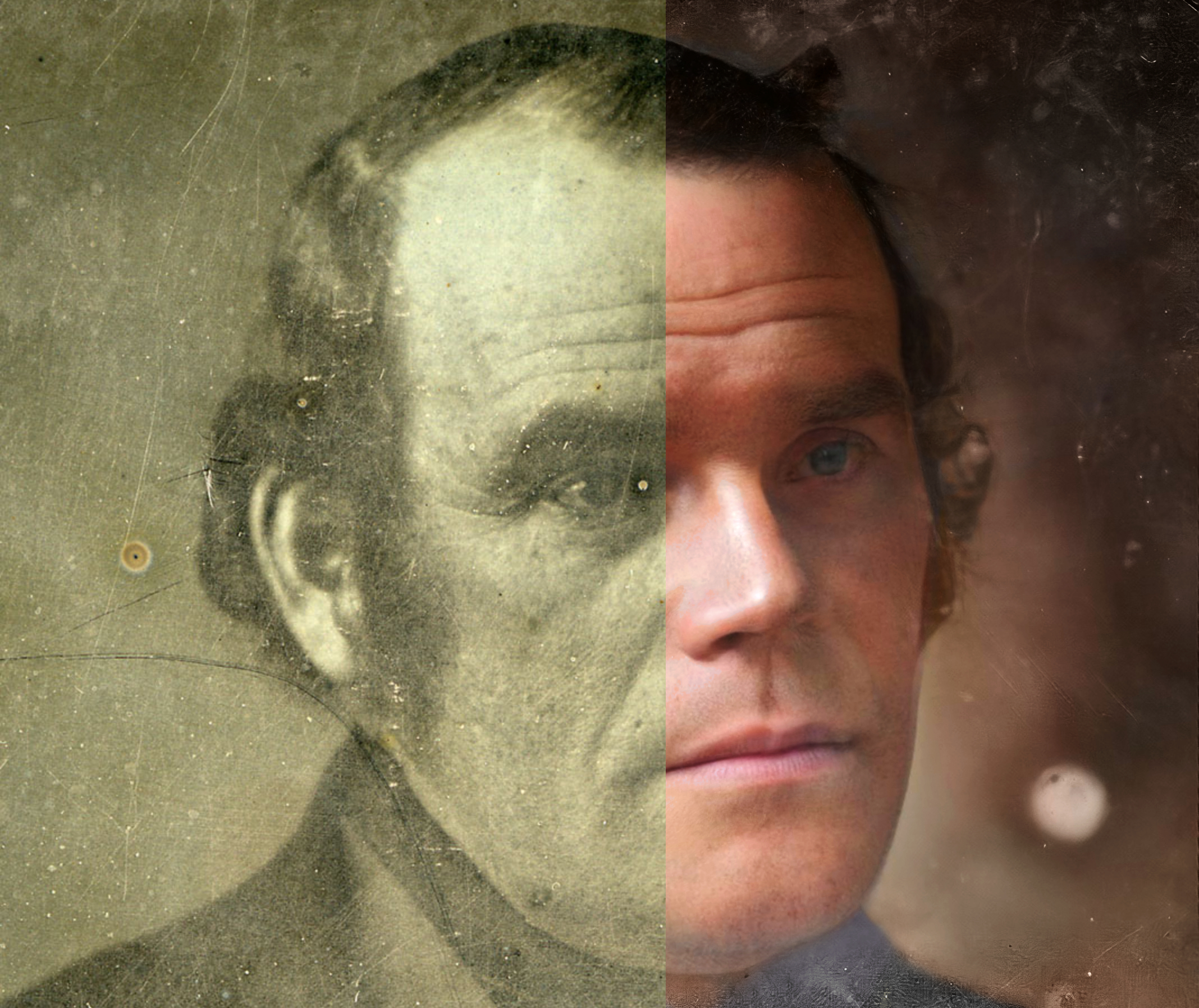 The first saints of the restoration have a near-mythical place in the minds of modern mormons. This status is not without reason: the first generation of the church maneuvered through an untamed frontier while simultaneously doing battle with murderers and demons. And all this because they had faith in the claims of a young seer who came on the scene of the early 1800s with a book from God. To those who believe, the lives of these pioneering spirits is as beautiful and inspiring as the epics of literature. No wonder the honor given them!

Unlike the heroes of ancient stories, however, the invention of photography occurred during the lives of the early mormons, allowing their true faces to be seen by their modern beneficiaries nearly 200 years later. Take for example this remarkable portrait of Parley P. Pratt, an original apostle of this last dispensation and one of the earliest converts to the church besides:

The photograph is suspected to have been taken sometime between his arrival in the Salt Lake valley in 1852 and his martyrdom in 1857. The photograph is badly damaged with some spotting from chemical interactions and numerous scratches. Yet beneath the imperfections is a fairly clear image of a most remarkable character.

This post could not do justice in honoring his many accomplishments; suffice it note that this entire blog is based on his final literary work, The Key to the Science of Theology (available in its entirety here); however, to further honor his legacy on this blog, I have attempted to bring Parley’s likeness nearer to the comprehension of our modern age by restoring and colorizing his portrait.

Utilizing the latest in artificial intelligence and image manipulation technology, I have attempted to breath some new life into the Parley’s portrait. Removing all the scratches would be a significant endeavor (perhaps for a future day), but I would argue that preserving the damage in some degree gives the image an antique and original quality that would otherwise perhaps be missed. It should also be noted that in early daguerreotype photography, red hues were not captured well resulting in dark, rugged skin tones in the absence of natural alpha scattering. The plates were also sensitive to ultraviolet light which resulted in regularly overexposed skies in outdoor photography. As a result, portraits were often taken in dimly lit studios with extremely long exposure times.

The techniques I have employed account for both of these limitations and, when combined with other image manipulation skills, result in the most accurate modern renderings of early photographs possible. Given the heritage of this blog, I thought it fitting to begin my series on reconstructed pioneer portraits with Parley P. Pratt (others to follow!):

The Key to the Science of Theology is a book written by the Apostle Parley P. Pratt, published in 1855, two years before his martyrdom. The author of this site, Joseph, has studied the Gospel of Jesus Christ as restored through the Prophet Joseph Smith Jr. in great depth for over a decade. It is his conviction that the writing of Parley P. Pratt most accurately conveys in succinct form what Joseph Smith Jr. had been piecing together all his life. This blog is an ode to that triumphant work and the glorious future it prophetically envisions.

If you have a question that you would like the author to address in a blog post or the podcast host to address in a podcast, please submit it using the form found on the following page:

Any content submitted may be used by the author or podcast host; all reasonable efforts to anonymize the sender will be made.