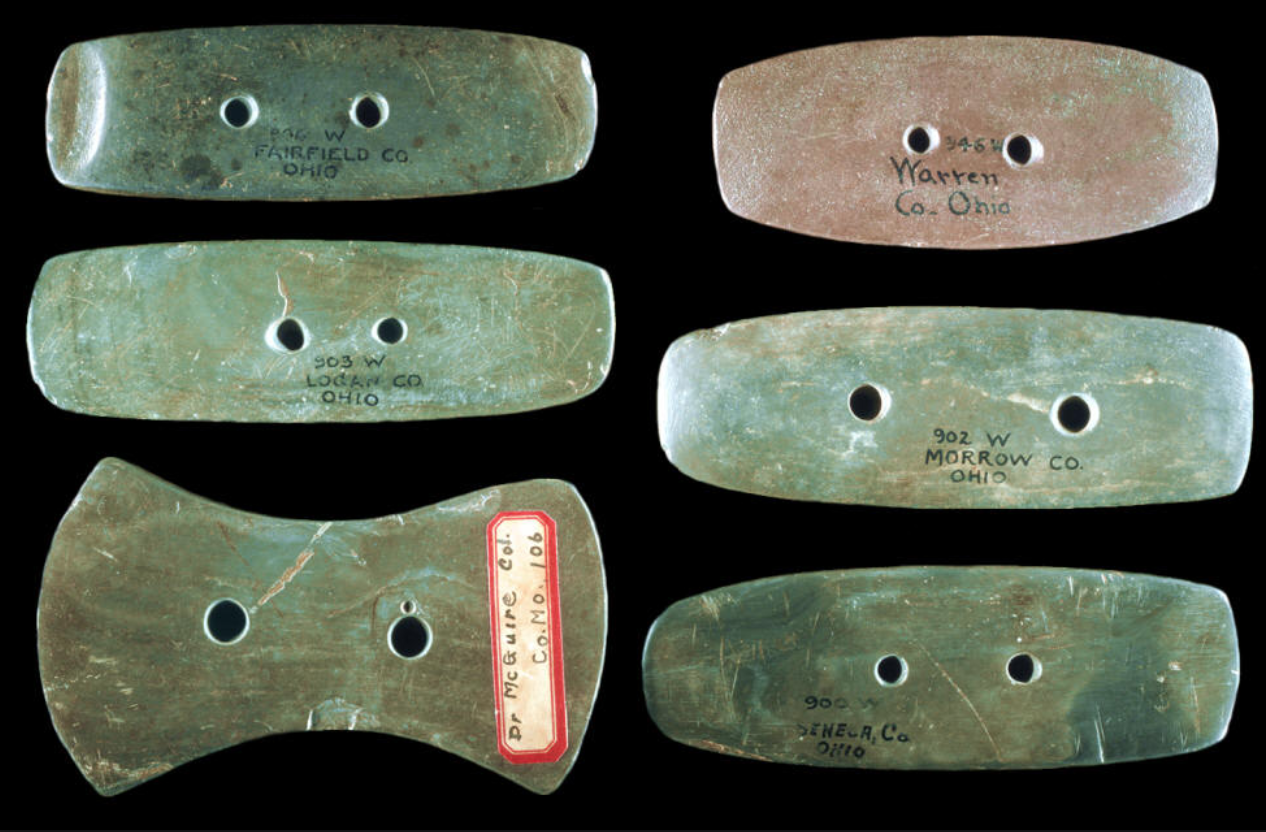 There is a unique proof that the Hopewell Indian civilization of North America were in fact the Nephites of the Book of Mormon, and it is found in a ubiquitous Hopewell artifact: their seerstones.

Early Mormon pioneer and prairie doctor, Priddy Meeks, recounts a conversation between himself and Hyrum Smith had in Nauvoo:

“I have seen peepstones as well polished as a fiddle with a nice hole through one end that belonged to the ancients. I asked Brother Smith the use for that hole; he said the same as a watch chain to keep from losing it. He said in time of war the Nephites had the advantage of their enemies by looking in the seerstone which would reveal whatever they wished to know” (Utah Historical Quarterly 1942 Vol 10:145ff ed. by J. Cecil Alter, pp 26-27).

A good visual representation of this exact form of “peepstone,” or seer stone, is found in the Whitmer family seer stone, which is still held privately in by the descendants of early Mormon Jacob Whitmer. It appears as a highly polished slate stone with two holes in it, which according to Patriarch Hyrum Smith were used for threading it through as a necklace for ease of access by Nephite warrior-priests. Here is an image of it:

But how do we know that these items were used by the Hopewell Indians? One clue that is archeologists find them near the necks of Hopewell/Adena skeletons. This is precisely what one would expect if Hyrum Smith was correct in his statement above. But since the notion of a seer stone is not seriously entertained by modern scientists, it’s assumed that these peculiar stones served as a tiny piece of armor (no matter how absurd its effectiveness would be). Hence they are today known as “gorgets.”

Here is a sample of Hopewell era gorgets (note their similarity to the Whitmer family seer stone above): 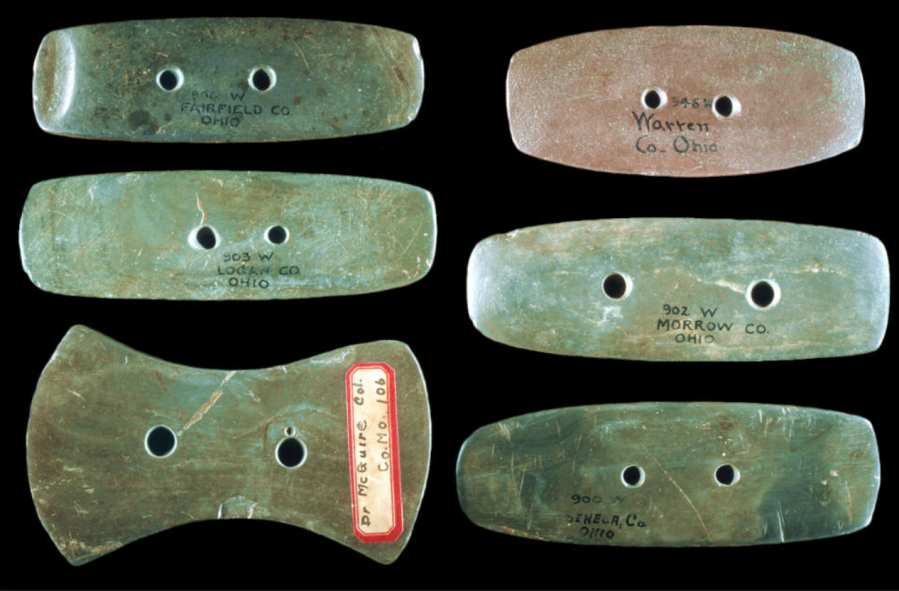 Many more examples may be found by simply doing an image search online for “Hopewell gorgets,” most of which are up for sale by amateur archeologists.

In summary, the Hopewell civilization again proves itself to be the strongest candidate for historical Nephite society with more archeological proof. In this case, it is not just the artifacts that speak for themselves (unlike the Bat Creek Stone, among other things), but also the relayed words of Hyrum Smith. Need we wonder what locale the great patriarch—the brother of the great seer himself—considered the Nephites to have inhabited?

The Key to the Science of Theology is a book written by the Apostle Parley P. Pratt, published in 1855, two years before his martyrdom. The author of this site, Joseph, has studied the Gospel of Jesus Christ as restored through the Prophet Joseph Smith Jr. in great depth for over a decade. It is his conviction that the writing of Parley P. Pratt most accurately conveys in succinct form what Joseph Smith Jr. had been piecing together all his life. This blog is an ode to that triumphant work and the glorious future it prophetically envisions.

If you have a question that you would like the author to address in a blog post or the podcast host to address in a podcast, please submit it using the form found on the following page:

Any content submitted may be used by the author or podcast host; all reasonable efforts to anonymize the sender will be made.